Before I add to the insanity of the Wellesley-Naked-Man-Statue controversy, let me first assure everyone that I am doing so with extreme reluctance and displeasure.

Wellesley, my dear alma mater, is renowned for being an elite, historically women’s college that has produced and continues to produces bright, inquisitive students coming from a variety of backgrounds and experiences… At least in some circles. The students of Wellesley are known for being passionate, fearless, and extremely active in their political and social critiques.

The infamous statue in question, “The Sleepwalker”, by Tony Matelli.

It is of course no surprise that the above statue, installed suddenly by the on-campus Davis museum, caused a stir at dear old Wellesley. Driving home from work I, like many others, thought it was a real man and nearly crashed my car.

At best, the statue is an aesthetically unpleasing traffic block. At worst, critics say, it is a lethal trigger for painful memories/threats of sexual assault.

Those students who have taken a decidedly anti-statue stance have asked that the work be removed from its very public position on a campus where the vast majority of students, most of them women, live and eat and study. A petition was started, in true revolutionary Wellesley spirit, and as of now I believe that it boasts upwards of 500 signatures.

Naturally, fierce debates have ensued. Art, its definition, sexual assault, and our duties to survivors have been the topics of these highly charged discussions.

My heart goes out to the Wellesley sibling(s) who do not feel comfortable with this statue around. To those of you who are survivors of sexual assault and/or violence, I am also so sorry that you have been made to feel unsafe or even betrayed by this sudden installation.

Things have been tense. Sometimes passion can become harsh, even alienating, regardless of intentionality. But recent media attention have made debates even more polarizing.

That is why I feel compelled to write. I first saw the statue and was startled. I thought it was a real man. I thought perhaps it was a performance, or a bizarre photo op. I thought of my grandfather, who towards the end of his life was at risk of escaping the house and wandering the streets in his pajamas, in a state of utter confusion brought on by the Alzheimer’s that had begun to eat at his mind. I found, and still find, the statue to be creepy and, frankly, bizarre. But that is unimportant.

I am taking a deep breath, because I am about to come out in a very public way, despite the fact that maybe 3 people read this blog: I am a survivor of sexual assault.

The statue never triggered me personally. I never found it to be menacing. I am of course able to speak only for myself, however.

What has driven me to the point that I write out this absurd, long, post is a lot of the discussion surrounding sexual assault and survivors. This damn statue has become something of a litmus test – “You aren’t anti-statue? So you don’t care at all about your siblings who are survivors?!” I’m paraphrasing here, but those are the kind of comments I’ve been hearing/seeing all over social media.

You know what triggered me? People constantly telling me that the statue was triggering. I can’t escape this horrible statue – people are writing about, talking about sexual assault, triggers, violence, male privilege… It makes my head spin, to the point that I think I really need to wait things out and not access any social media for a couple of days. And this is coming from someone whose job is focused on researching sexual assault and violence.

The fact that I didn’t feel triggered bothered me, gnawed at me. I haven’t been able to put my finger on it, and still am only able to vaguely begin to hash out my feelings about this.

I was never triggered, and became so upset about the discourse around this statue because nothing that was being said was true to my experience as a survivor.

What has disturbed me so much in this is the vague “stranger in the bushes” assumption that has been resurrected in a lot of the discussion about the statue with regards to sexual assault and survivors. The outdated idea that a rapist is someone in a dark alley, a stranger with a knife. Most of the time, that isn’t the case. It’s the reason why Take Back the Night is simultaneously so powerful, and so fundamentally flawed: because we need to take back more than just the night.

This is not a means of dismissing the hard work that a lot of my siblings on campus have been doing. People are working very hard to support one another in a time when Wellesley has, to my great displeasure, become a seat of uncontrolled international (but actually) media frenzy. This is simply one survivor’s story, and her relationship to this godforsaken statue. This is a gentle, tear-stained request that you be careful, no matter what position you do or do not take on the statue, not to lump survivors’ experiences together.

We are strong, but we are all different. What I want and need is not what every survivor wants and needs… And that extends to their wants and needs vis à vis the statue. I ask only that you remember to keep your activism and your feminism nuanced, and that you respect the diversity of experiences of survivors on and off of Wellesley’s campus.

One last thing: don’t read the patronizing comments under news stories. You know they are inevitably going to be some dude saying some variation of “they need the D” and so forth. In my opinion, this is not even worth our time and mental health. 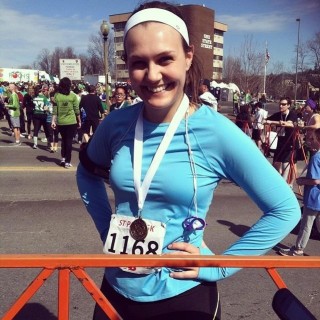 A self-styled superwoman sweating through life in search of balance and prosperity. Horseback rider, longtime yogini, nascent runner, but most importantly a survivor. 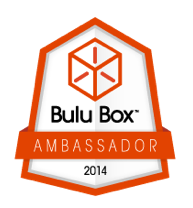